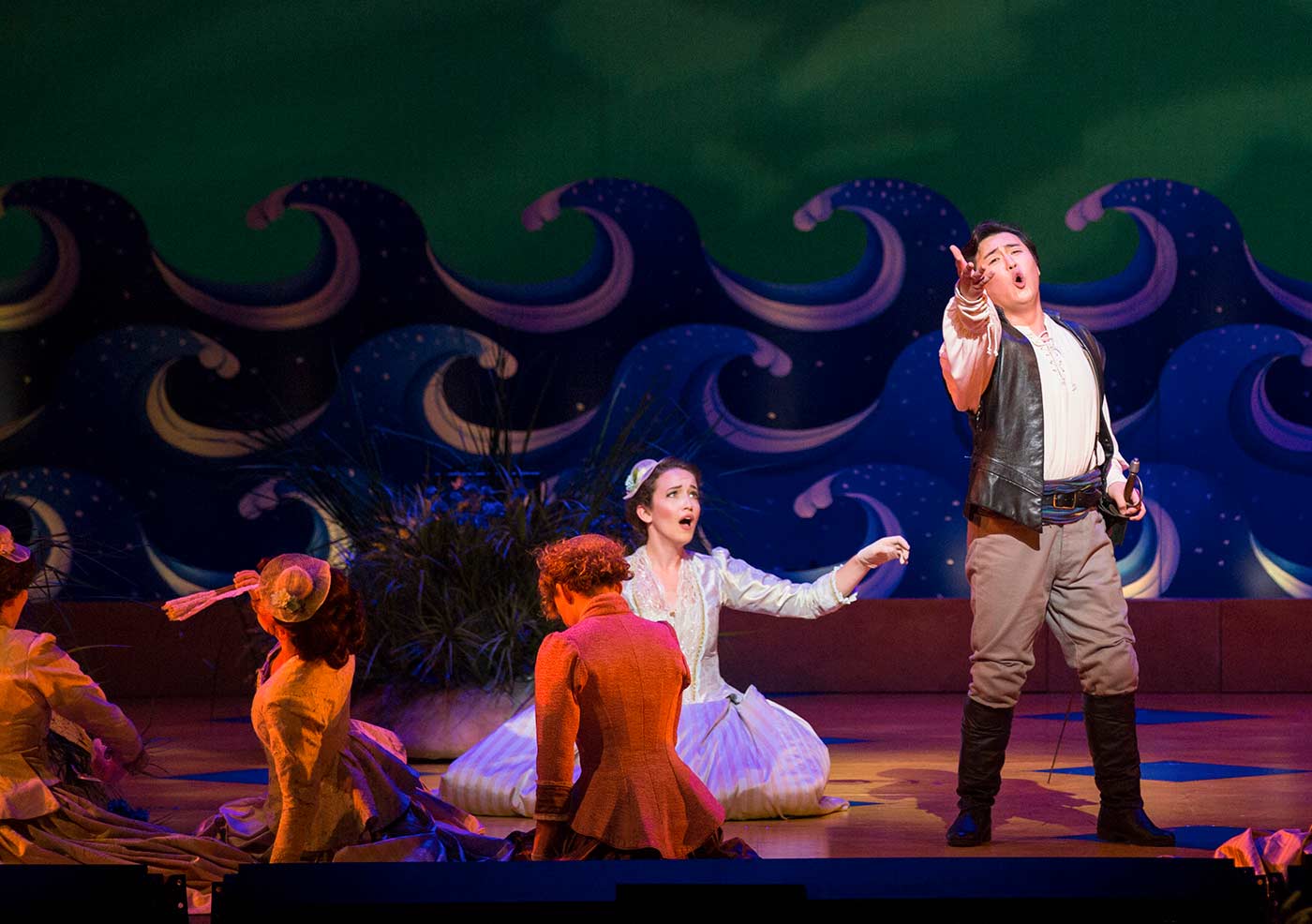 The Pirates of Penzance
Tickets

Comic mayhem ensues when a rollicking band of pirates plots to keep a young man from leaving their employ. Mistakenly apprenticed as a child, Frederick was to be released on his 21st birthday but, alas, being born on February 29th, he’s technically only five years old. Appearing on the Palm Beach Opera stage for the very first time, W.S. Gilbert and Arthur Sullivan’s The Pirates of Penzance is an uproarious comedy with razor-sharp wit, and a brilliant score full of memorable melodies that will have you humming (or rather pattering) long after you leave the theater!

Sung in English with English translations projected above the stage.